We are at The French International School.
We are a group of 35 readers from The French International School and The ISF Academy, including
students aged 13 to 18 and one teacher.
We are going to be reading Books 1 to 11 of Ovid’s Metamorphoses- from Ovid’s invocation of the
gods and his version of the creation of the world to the ears of King Midas – our selection includes:
immortal lusts and jealousies; spinning yarns and weaving tales; praises and punishments; contests
of arms and songs; and above all, changes of forms and fortunes.
The reading will be in 8 different languages: Latin, English, French, Mandarin, German, Spanish,
Italian and Dutch.
It has been great to come together as 21st century learners of Latin and enthusiasts of Roman
poetry, to share and appreciate the tales and talents of Ovid, over 2,000 years after he lived.
Enjoy! 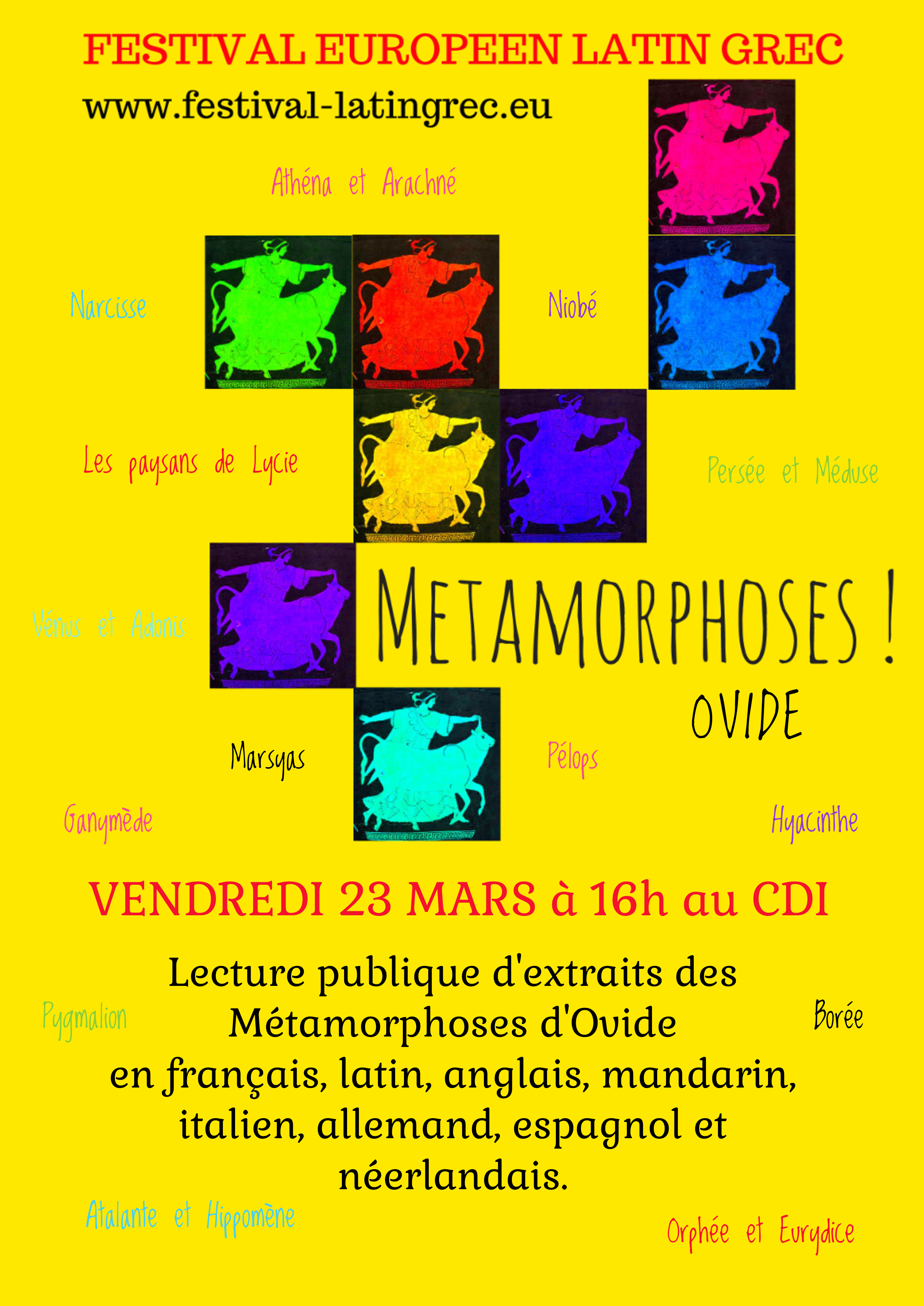